Skip to content
Ashley Lawless, a Canadian YouTuber and musician from Toronto has recently partnered up with Lonely Kids Club to help spread our values and become one of our voices overseas to her 90k and still counting YouTube subscribers. We recently had a conversation with her about how she got to where she currently is, her influences, her upcoming self-released EP and what she loves about being part of the LKC family as well as many more questions.

Ever since I purchased this T shirt members of the opposite sex have found me to be irresistible!

Climate cards are more than a pun, but present their buyers with a true, deep and bepuzzling Kafkaesque question. What to do with them? They'd be useless as playing cards. They're too distracting and the relentless reviewing of one's hand during rummy, euchre, poker, or cribbage would become like watching Fox, or reading The Australian, and therefore damn unenjoyable.

Targets for darts perhaps? Graffiti art on the toilet wall? Lord knows SCOMO and his pet rock bring on an urge to SHIT. 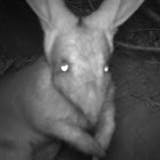